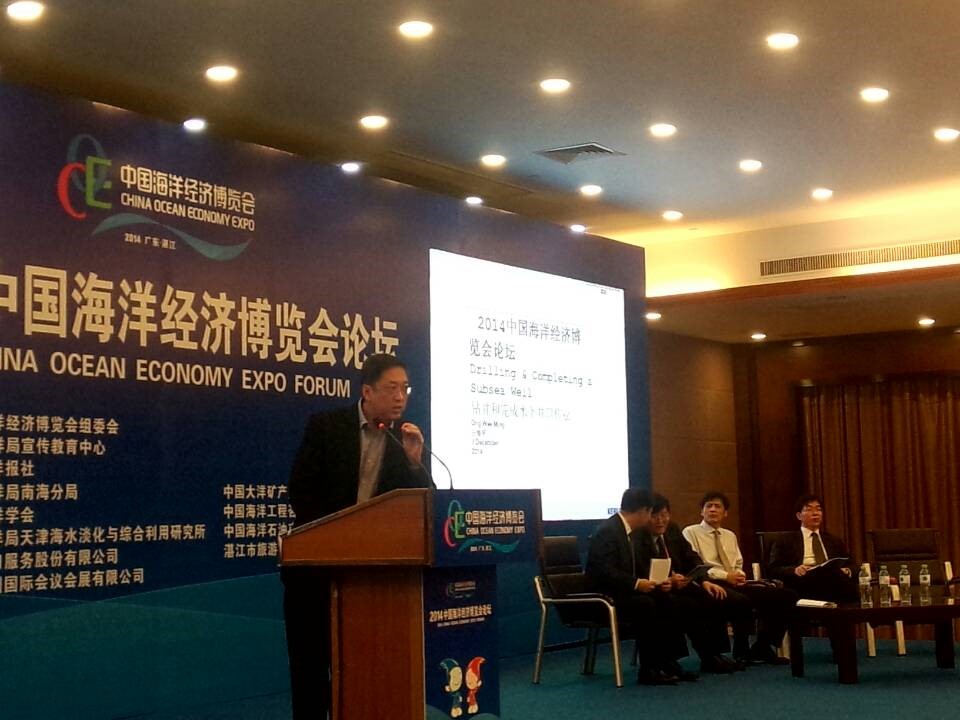 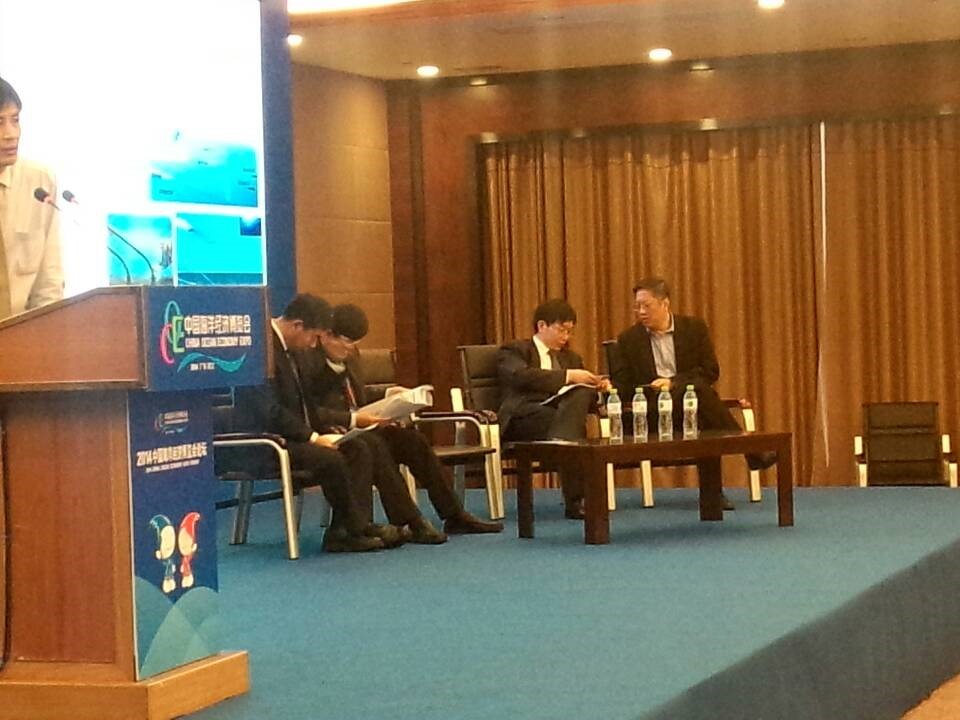 Mr Ong Wee Ming, General Manager of Kerui Oilfield Solutions Singapore, which is a subsidiary of Kerui Group, was invited to give a talk at the China Ocean Economy Expo Forum held in Expo Zhanjiang. The purpose of this talk was to explain the project work of the drilling and completion of subsea wellhead and to keep this motto “New Silk Road, Blue Zhanjiang, Peninsula Dream” in mind. The gist of it is to achieve a sustainable marine economy in the long run. Kerui is the only petroleum equipment business present to showcase its unique charm to its audience whereby Mr Ong Wee Ming proceeded to explain the history of the development of crude oil industry and gradually moved on to the development of petroleum equipment. Emphasis was placed on “how to go about doing it” and converting plans into actions; Kerui Group’s Research & Development capabilities and manufacturing capacity have grown exponentially from drilling development right down to subsea wellhead development among many other divisions which have sprouted over the years. This expansion has since piqued the interest of government officials, professors and entrepreneurs alike.

The forum provides a good platform for business networking for Kerui and its potential partners. During the forum, Ong Wee Ming closely interacted with professionals who were present, and was cordially invited by the Director of Science and Technology Research Center, Shanghai Ocean University, to attend the Professional Technique Symposium. This has ultimately lifted Kerui’s presence in the industry and to create a stepping stone towards a potential strong foothold for the subsea wellhead division.